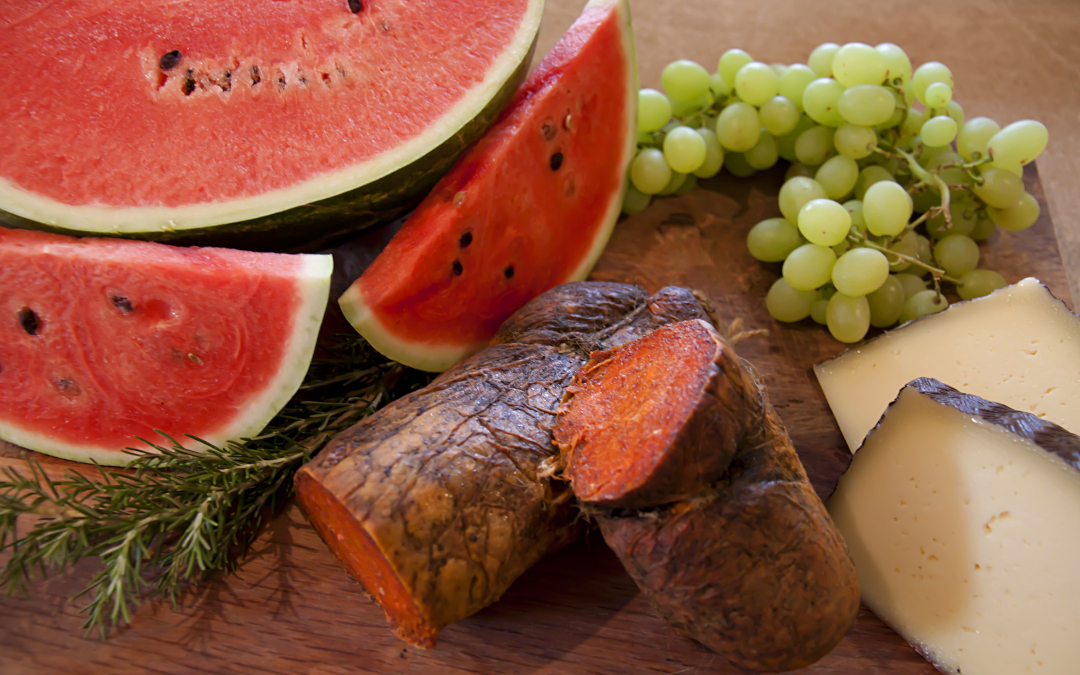 Mallorca features a rich, diverse and seasonal gastronomy throughout the year.

The most popular recipes of Mallorcan traditional cuisine, include arròs brut and SOPES mallorquines, fideus de vermar, llom amb col, tumbet and  frito Mallorquín. These are some of the dishes that you will find in the meny of any of the restaurants on the island , but there are still many other typical and tasty dishes that taste, fresh fish and seafood from the land are simply exquisite, and very tasty meats.

At the end of autumn matances take place, an annual and festive event consisting in the killing of a pig that is still preserved and practised within Mallorcan families. Therefore, different products made with pork meat are the main ingredient of many traditional dishes that configure the gastronomic offerings of Artà, closely linked with the festivities calendar.

The same day matances take place, a series of traditional pork dishes are made such as frit de matances, soups or escaldums.  Sweets and pastries like orellanes (dry apricots), raïssons (pork rinds), marzipans or cream of sweet potato are also traditional during matances.

Christmas is a good time to explore the culinary traditions of the island. When matins finish, it is traditional to make a xocolatada amb ensaïmada (chocolate milk with the traditional pastry of Mallorca made with lard). On Christmas day, the main course is Christmas soup and the second course is usually lechona (stuffed suckling pork) or stuffed chicken. The sweets and pastries served during these festivities are almond nougat, neules (Mallorcan biscuit) and Christmas cake.

During Sant Antoni festivities, celebrated with bonfires and music on the streets, is where the people roast the pork products made during matances. The most popular are the llonganisses (dry-cured pork sausages) and the botifarres (large pork sausages), loin and bacon. The chosen pastry is the coca de Sant Antoni.

During Easter festivities, gastronomy circles around four dishes: panades and frit de pasqua, made with meat, and the sweet pastries rubiols and crespells. In this case, the meat used to make these traditional dishes is lamb. The frit de pasqua is the traditional meal after the mass.

Summer is the time for lighter and less abundant meals. A classic example is pa amb oli (bread with olive oil), the trempó (tomatoes, green bell peppers and onion salad), vegetables like aubergines or pepper, and fish. There are also sweet dishes like apricot cake and iced almond drink, among others.

Among the fish, the most used are the cap roig, the gallo de San Pedro, or Soller prawn, but are only suggestions, any fresh fish in the area, simply grilled, it’s delicious.

This gastronomic richness is due to the privileged situation of the island and the different populations and cultures that have inhabited it over the centuries.